The concept of Hyperbolic Discounting describes our desire to get a reward immediately rather than waiting for a higher value later. We all want that benefit as soon as possible. Therefore we willingly open our hands for a less offer rather than waiting for a bigger one. For example, if a person is told that he will be given $10 right now, but $20 later, he would take the opportunity of getting it right now. That is when hyperbolic discounting happens and according to pricing psychology, Hyperbolic Discounting is one of the best tactics that can be used to capture the interest of your consumer. The power of hyperbolic discounting depends on the time involved. If waiting is mandatory for receiving both rewards, people will think to wait more and get the greater value.

Let us take an example. You plan to buy something, and you will get a 10% discount if you buy it next month, but if you wait for two months, you will get a 25% discount as a seasonal offer. In this kind of situation, you become more likely to wait more and get the greater discount unless it is very urgent. This tendency of human psychology is widely used in digital marketing as it is quite straightforward and an easy way to enhance Conversion Rate Optimization (CRO).

Raise the price, but delay the payment

"Get now, pay later" concept is very popular nowadays to influence customers to purchase their products or services at a price raise. Customers get attracted to this magnificent offer. As a result, we do not worry about paying a bigger amount later as we are manipulated by that "Wow, get now" offer; therefore the pricing psychology really matters in enhancing your attempt of Conversion Rate Optimization (CRO).

Time is a very important fact in hyperbolic discounting. Therefore, some people describe it as temporal discounting. Offering an immediate reward has the capability of pleasing consumers over offering a greater value in future. We prefer immediate benefit! A gift with a product is another thing that inspires the consumer to make a purchase from you. It does not matter even if it is a cheap gift as long as they are given it as a complement. Be sure to add your immediate gift offers to the landing page to keep the visitors positively engaged towards Conversion.

Charge a Higher Price for a Shorter Term

You may have seen some websites that exhibit payment plans that bring confusion to the visitor. For an example,

According to our mathematical knowledge, we know that when we must pay $39.99 for one-year, the corresponding payment for a month at yearly rate should be $3.33. But here it says we should pay $9.99 for a month. Even though there is an issue, most people neglect that and embrace the long-term payment. That is again hyperbolic discounting in action. Hence, this method grows an interest in consumer's mind and that desire can be used for Conversion Rate Optimization (CRO).

Pay for Referrals Right Away

You can offer to pay for those who refer friends. But they are paid after a referred friend signed up. That is going to demotivate visitors not really knowing whether the referred friend would actually sign up with the site. Think of it this way. If you take an initiative to pay for referrals right away other than waiting for subsequent sign ups, it will motivate more and more users to visit you and do the same. Yes, some of your payments can go in vain, but the benefit is going to be much greater! That way, people will actively participate in referring friends and it will achieve your goal of enhancing Conversion Rate Optimization (CRO).

As a result of Hyperbolic Discounting, we desire immediate benefits over the greater benefits in the long run. This tendency in human psychology is widely used in marketing. Present your customers with an opportunity to get a greater benefit from you later, at the moment you place immediate discounts on your products or services. It will most likely influence your consumers to purchase your product or service, not only because you have provided them with some discount, but because your offer to provide a latter discount has created some immediate urge in their minds. From the business perspective, it is a brainy decision to get involved with human psychology as it is a great way to influence the behavior of your target audience to your favor towards Conversion Rate Optimization (CRO). 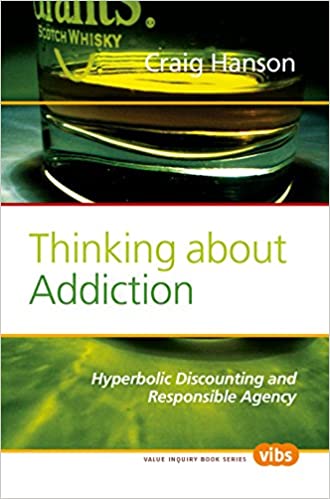