The Forer effect is also known as the Barnum Forer effect describes the tendency of individuals to believe that generic information, which could apply to anyone, applies specifically to themselves, for example, reading your horoscope in a newspaper and realising it’s surprisingly accurate.

Essentially, the Forer Effect shows that people will generally assign themselves avatars when presented with options they think defines character traits they identify with. This effect has been employed by digital companies such as Netflix, Spotify, Youtube and Facebook using the cognitive effect to better their products and make them more personalized. Personalized features within the digital products, like personally curated movie lists and specialized music playlists for each user, gives the illusion of a customized product to customers using Netflix and Spotify.

How Can One Use the Forer Effect?

Since humans already have the tendency to identify with avatars that have character traits they identify with, the Forer Effect can be employed to create audience segments through personalization campaigns that rely on user behavioural triggers or in-depth demographic data. by using ‘generalities’ (messaging to audience segments) to make individual customers feel like they’re being interacted with on a one-to-one basis. The following are ways you can apply the Barnum Effect in your optimization program.

Buyer Personas: In building buyer personas that reflect personal choices of your audience, one should always look at the example investigated by Charles Duhigg, of how Target mined their data to build personalization campaigns for pregnant women. Target ran a series of tests before they noticed significant buying patterns of pregnant women and launched campaigns to lead them to buy products pregnant women need. This also led to an increase in retention rate due to their campaign being specific enough to send coupons timed to very specific stages of their pregnancy. You can learn how to build user personas in this article.

Pricing: The Forer Effect is widely used by SaaS companies in creating their price plans for their product. This gives their audience the illusion that there is a price plan that specifically fits their budget and immediate needs.

Retargeting Campaigns: Retargeting campaigns are powered by audience segmentation and this allows one to create targeted ads for a group in the audience. You can remind specific segments of your website visitors of your products and services after they leave your website without buying and this is where the Forer effect comes to life. An example can be seen in this email from Duolingo.

These are theories which have overlap with the theory you're currently looking at, it's worth exploring them. 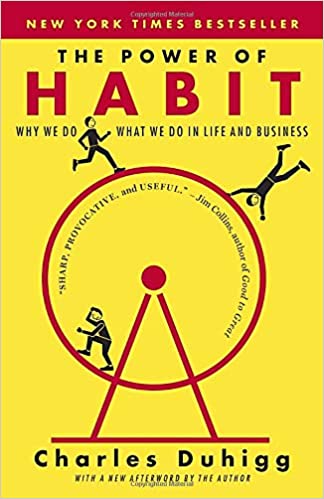 The Power of Habit: Why We Do What We Do in Life and Business by Charles Duhigg Buy this book